My therapist keeps asking me about my childhood. Isn’t the past the past?

PTSD has been in the news a lot in recent years – mostly in reference to our military personnel who are returning from war zones in Iraq or Afghanistan.  PTSD is the acronym for Post-Traumatic Stress Disorder.  As its name implies, it is a psychological disorder which can occur after someone experiences a serious trauma.  It is a disorder that had been first described in soldiers after they have survived a battle.  After World War I, Freud called it a “war neurosis” and the military called it “shell shock” after World War II.

Although, it was first observed in battle-tested soldiers, PTSD can actually occur after someone experiences or observes many different kinds of trauma.  Trauma can include being in a severe car accident, a rape, watching one’s home and future float away in a Mississippi River flood or fly away in a Kansas tornado.  Any traumatic event you can imagine may lead a vulnerable person into a PTSD reaction.  These reactions have been observed in children who are living in a war zone like those in Syria or in peaceful African villages that are torched and attacked by rebels or other extremists.

Trauma is defined as an event that causes or threatens death or serious harm to self or others.  It also includes a sense of intense helplessness and fear.  So, it could include surviving a shark attack or watching someone else in a shark attack.  It could include the physical or sexual abuse of a child; or that child having to watch a mother get beaten by a violent spouse.

Symptoms may occur fairly quickly or have an onset delayed by months.  Symptoms include:

-recurring and intrusive thoughts, memories or dreams of the traumatic event.  (I can’t               stop seeing the crash.  I dream of the battle every night and wake up screaming.)

-efforts to avoid places, people, events associated with the trauma.  (I once worked with a psychiatrist who refused to drive near an intersection where he suffered a near fatal car accident.  Also, for example, I worked with a teacher who could never return to school after witnessing the death of a student there.)

-feelings of detachment or lack of connection to others.

-suffering “flashbacks” where a person feels him or herself back in the traumatic situation reliving it again and again without resolution. This strikes the author as a particularly good description of “hell on earth”.

Obviously, a person with this disorder can have his or her life turned upside down and

made intolerable.  People can lose jobs, marriages and potentially perform self- harming behaviors when the suffering becomes unbearable.

Happily, there are treatments that help a person get beyond the effects of a trauma.  These include: CBT therapies, exposure therapies and something called EMDR which seems to help in some circumstances.  Medications are not particularly effective with PTSD except to reduce the anxious or nightmare symptoms.  They do not really affect the basic trauma experience which gets locked up in the brain and needs some form of talk therapy to get unlocked and released.

If this sounds like you or someone you know, seek help.  It can work.

Be careful out there, you’re worth it. 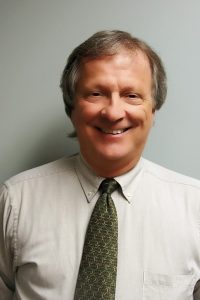 “Dr. Dave” has been a Licensed Clinical Psychologist since 1982 and has worked as a mental health professional in a variety of settings for over 35 years. He received a B.A. from Penn State in Journalism in 1975. Yet, after a few years working as a therapy aid for an inpatient, schizophrenic population, he realized his true calling and love — helping people with psychological problems achieve happier and healthier lives.

Dave then went on to Antioch University where he earned a Master’s degree in counseling in 1978 and later received his Ph.D. from Temple University in 1989. His training and experiences have always been varied and eclectic. He recognizes that people can be uniquely different in their problems and that a good psychologist should be ready for almost anything. His background includes training and experience in depressions, anxiety disorders, families, couples, adjustment disorders, schizophrenics and a variety of addictive disorders. He received a Certificate of Proficiency in the Treatment of Alcohol and Other Substance Abuse Disorders from the American Psychological Association in 1999.

Dave operates from an integrated model of counseling and psychotherapy using the best ideas and techniques from a number of theoretical pathways. Again, recognizing the diversity of clients’ backgrounds and problems, he works at using the best techniques for a particular person and his or her specific issues.

Why Are My Kids So Different?  I Raised Them All the Same.

My therapist keeps asking me about my childhood. Isn’t the past the past?

We are an out-patient, private practice group of licensed professionals who treat individuals, couples, families, and children. Call for an appointment. We have a very diverse list of credentials. See counselor bios.

Common question and answers to those questions including our services, session information, fees & insurance. See FAQs.